The topic for this week is: Top ten authors you’d like to meet…

Hmm I kinda wish this topic hadn’t come up so soon after top ten favourite authors of all time as there’s quite a bit of cross-over here, but I’ll try and mix it up a bit. For that reason I’m going to do a few authors I have met as well as those I want to meet.

Click on the author pictures to view their Goodreads page, and book titles link to reviews or related posts.

I’d like to pick Scarlett’s brain about the MA in Creative Writing she teaches in Kent as I’ve been toying with the idea of doing it. I just haven’t had the money. But maybe one day…being taught by one of your favourite authors has to be worth it, right? 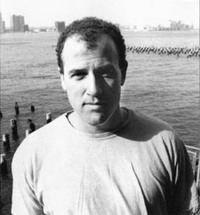 I would love to find out what James Frey is really like, does he live up to his controversy? What were his real intentions behind Full Fathom Five? After exchanging a few emails with him (does that count as meeting?), I’m pretty sure he’s a good guy who’s been unlucky to gain such a bad reputation, but I’d still like to grill him. 😉 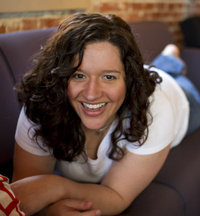 I feel like we would BFFs, bonding over One Direction and just generally causing havoc together. It would be the best. 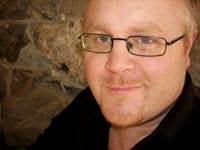 I’d totally be all over going on a pub crawl with Derek Landy. It would be hilarious! I reckon he’d be a great drinking buddy….someone will probably tell me he doesn’t drink now and my dream will be shattered. 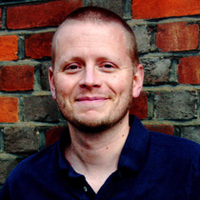 Patrick Ness is clearly a great human being. I think we’d get on famously.

I’d wait til we were firm friends then punch him for putting me through The Chaos Walking trilogy. But then we make up and watch some Buffy togther. Standard. 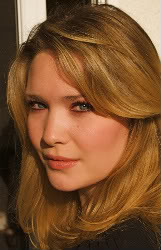 Speaking of Buffy, Sarah J. Maas is a huge Buffy fan apparently so I would love to talk Buffy and kick-ass leading ladies with her. She’d be a hoot, I’m sure. 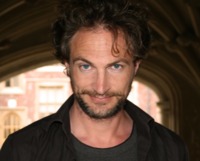 Love, love, love, love, love. I was lucky enough to meet and chat with Marcus Sedgwick at YALC last year, and he was just lovely. I’m sure he won’t mind me saying, but for some reason I thought he was gay and quite disappointed when he mentioned his wife (because y’know..fag hag queen over here), but I’m over it. He was also looking rather nice…damn that wife. Not really, I’m sure she’s lovely.

Holly was brilliant! I can’t even remember what we chatted about but we seemed on the same wave length. She is another one I’d love to go out drinking with. I think we’d make great friends. Where are you Holly, let’s go vampire hunting together? 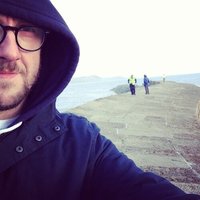 I met S.J Watson after a talk he did with Rachel Joyce at the Ham & High Literature Festival a few years ago. It was just after Before I go to Sleep was released and I hadn’t read at the time but he gave a great talk about writing from a female perspective. He was really sweet.

Looking forward to seeing who everyone else has chosen and why. Feel free to leave your link.

13 thoughts on “Top Ten Tuesday: Why Aren’t We Friends Yet!?”