The topic for this week is: Ten Books I Plan To Have In My Beach Bag This Summer or Ten Books I Think Make Great Beach Reads.

I’m actually going on holiday next week (whoooop) to Mallorca, Spain and plan on doing a lot of reading on the beach. So here are the books I plan on taking, and the rest I hope to read over the summer.

This is my next ARC review deadline which I’ll probably be late on. I plan on finishing it and writing up a quick review while I’m away. 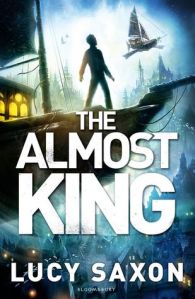 Aleks Vasin is the youngest of four brothers, each with his path mapped out. But Aleks doesn’t want to work in his father’s shop and live with his family in a village in the westernmost corner of Siberene. And when he hears his parents fretting about money, he decides to save them the cost of his keep and leave.

First he heads south – though everyone tells him not to – to Rudavin, headquarters of the kingsguard, and he signs up for the army, little knowing what brutality it entails. After only a few weeks, Aleks realizes that this garrison is full of liars and thieves; he’s signed away four years of his life to a commander who steals his money and a captain who’s already hurt Aleks’s beloved horse. This is not a noble destiny.

After a brutal beating, Aleks escapes, hoping to find safety and a new life somewhere in the north. And there, this deserter finds love, adventure, and a skyship in which he might just prove himself a hero after all – if he can evade the soldiers who seek to capture him.

Prepare for another sweeping adventure in this second book in a unique six-book series. Each book is set in a different land within the Tellus world, with repeating characters and related, nonlinear storylines that combine to create a one-of-a-kind, addictive reading experience.

I bought this especially for my holiday. I’ve been wanting to read James Dawson’s work for ages – this will be my first! 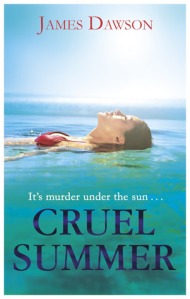 A year after Janey’s suicide, her friends reunite at a remote Spanish villa, desperate to put the past behind them. However, an unwelcome guest arrives claiming to have evidence that Janey was murdered. When she is found floating in the pool, it becomes clear one of them is a killer. Only one thing is for certain, surviving this holiday is going to be murder…

A compelling and psychological thriller – with a dash of romance.

3. The Bones of You ~ Debbie Howells

I have an ARC of this book which is released at the end of June. I’m hoping to get a head-start on it while I’m away. 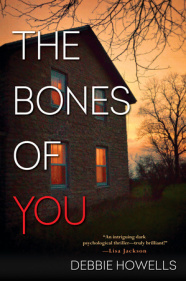 When Kate receives a phone call with news that Rosie Anderson is missing, she’s stunned and disturbed. Rosie is eighteen, the same age as Kate’s daughter, and a beautiful, quiet, and kind young woman. Though the locals are optimistic—girls like Rosie don’t get into real trouble—Kate’s sense of foreboding is confirmed when Rosie is found fatally beaten and stabbed.

Who would kill the perfect daughter, from the perfect family? Yet the more Kate entwines herself with the Andersons—graceful mother Jo, renowned journalist father Neal, watchful younger sister Delphine—the more she is convinced that not everything is as it seems. Anonymous notes arrive, urging Kate to unravel the tangled threads of Rosie’s life and death, though she has no idea where they will lead.

Weaving flashbacks from Rosie’s perspective into a tautly plotted narrative, The Bones of You is a gripping, haunting novel of sacrifices and lies, desperation and love.

4. Beneath the Lake ~ Christopher Ransom

Again, this is another ARC I’m hoping to get a head-start on. This one isn’t due out until September. I really enjoyed Ransom’s debut The Birthing House, but his later books were a bit of a disappointment. I hope this one is a return to form. He has great potential as a horror writer! 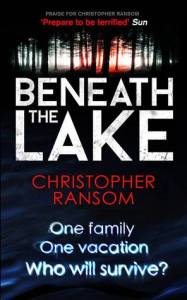 On a camping trip by a remote lake, the Mercer family enjoyed the vacation of a lifetime – until a violent tragedy forced them to make a decision that would haunt them for ever.

When the younger Mercers learn their father is dying, the family reunites at the lake, seeking a second chance to put their lives back together. But something is waiting . . .

Also arriving at the lake are estranged son Raymond Mercer and an alluring stranger, Megan, both ignorant of the family’s secrets. Within hours, they are all trapped in a relentless nightmare and fighting for their lives.

I’ve had a copy of this for well over a year. I figure it would be a good trashy beach read… 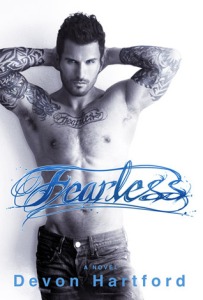 After moving from stuffy Washington D.C. to laid back San Diego, Samantha Smith hopes to shed her troubled past and reinvent herself as a freshman at San Diego University.

Her parents are pressuring her to major in Accounting, because it’s the safe thing to do. But Samantha really wants to try something more adventurous, and secretly dreams of ditching the business major to study Art instead.

When she crosses paths with a handsome tattoo-clad bad boy, her life is turned upside down, and Samantha finds herself with more adventure than she ever dreamed possible.

7. The Ring of Morgana ~ Donna Hosie

I finally got round to buying a copy of this. I love modern day Arthurian books! 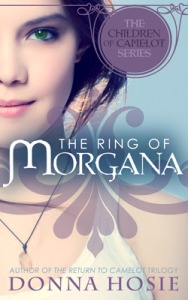 Sixteen-year-old Mila Roth wants to be normal. It’s a phrase that has been drilled into her by her mother since she was born.

But Mila Roth is anything but normal. For sixteen years her parents have hidden a secret from her. For Mila was born one thousand years ago in the land of Logres, and far from being a math teacher and a housewife, Mila’s parents are the awakened King Arthur and Gorian druid queen, Morgana.

Two worlds, one thousand years apart. And those worlds are about to collide.

The spirit of the malevolent Lady of the Lake has been contained for sixteen years in the fabled Ring of Morgana. When the ring curses Mila’s younger sister, Lilly, the Roth family has no choice but to return Mila to the land of her birth as they face a battle against time itself.

Accompanied by her best friend, Rustin, Mila will have to decide whether to defy those she loves in order to save her sister. Should she trust the Gorian druids and the mysterious Melehan? What is the true cost to Mila’s heart as she strives to master the purple flame? And why have her mother and father denied the truth of her origins for so long?

For she alone has the combined power of royalty and druid magic within her.

And now only Mila can save Lilly and Logres.

In this brand new series, Donna Hosie revisits Logres with THE CHILDREN OF CAMELOT.

This is another one that I’ve had for way over a year but not yet picked up. I think this would make a good summer read though so I’m hoping to finally get round to it this summer. 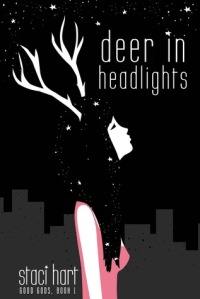 Aphrodite never loses, not when it comes to love.

Immortality has its perks and its downsides. Boredom, for one, is unavoidable, but instead of playing parcheesi, the gods devised a game that uses humans as pawns. Remember Shakespeare? That was Apollo. Bonnie and Clyde? Aphrodite versus Ares.

Aphrodite is on deck once again, and she’ll defend her domain of love as she works to get the humans together before the clock runs out, while her opponent tries to keep them apart.

Game one is against Apollo, and Aphrodite knows she has her work cut out for her when he chooses Dean, a brooding rock star man-whore who believes women can’t be trusted. Aphrodite decides on Lex, a perfect match for Dean, even though her heart is guarded, locked away tight. She’d never let anyone in. Not ever. Of course, she hasn’t met Dean.

But there’s always more at stake than just the game when you’ve lived for thousands of years. The Olympians are the original dysfunctional family, surviving eons of love and lust, betrayal and lies, as friends and enemies, through feuds and wars. From Ares, the douchebag, who’s forever trying to start a fight and get Aphrodite into bed, to Persephone, her best friend, who she can always count on for a healthy helping of bacon on a bad day, the gods will take you on a lighthearted trip as they mess with humans, laugh and fight, lose love and gain power.

9. In Your Face ~ Scarlett Thomas

I love a good light-hearted crime caper in the summer months, and this one is by one of my favourite authors. I finally found a second-hand copy a couple of weeks ago. 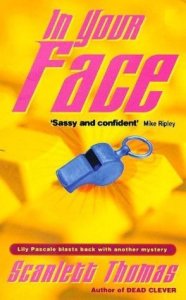 Lily has received a phone call from Jess who has written a feature on three women who were victims of stalking-and on the day of publication, all three woman were found dead. Lily arrives to find Jess missing and has left behind a mysterious trail of clues.

I’ve already decided that this will be my plane read, and the only print book I’m going to take on holiday. I just can’t not take one, Kindle or no Kindle!

Meet your unforgettable protagonist: God, who, as it turns out, is a 19-year-old boy living in the present-day and sharing an apartment with his long-suffering fifty-something personal assistant. Unfortunately for the planet, God is lazy and, frankly, hopeless. He created all of the world’s species in six days because he couldn’t summon the energy to work for longer. He gets Africa and America mixed up. And his beleagured assistant has his work cut out for him when God creates a near-apolcalyptic flood, having fallen asleep without turning the bath off.

There is No Dog is a darkly funny novel from one of our most delightfully unpredictable writers.

What books are you planning on reading this summer?