Loving Horns! It has one of the best first pages of a book, ever. If I hadn’t have already seen the film, it would have blown my mind. I’m also still working on my lunch-time read which is a selection of Roald Dahl’s short stories for adults.

Then: The Ring of Morgana ~ Donna Hosie

I loved this one too! Review will up next week sometime.

I’m going to work on getting control of my review request list! I don’t know what’s first yet…

New on the Shelf

(Linking up with Stacking the Shelves hosted by Tynga’s Reviews) and Friday Finds hosted by A Daily Rhythm.

Purchased: I caved on my book-buying ban this week, but I only bought one book, The Dark Heroine, and it was from a charity shop, so it doesn’t count right?

One moment can change your life forever…

For Violet Lee, a chance encounter on a darkened street draws her into a world beyond her wildest imaginings, a timeless place of vast elegance and immeasurable wealth – of beautiful mansions and lavish parties – where a decadent group of friends live for pleasure alone. A place from which there is no escape…no matter how hard Violet tries.

Yet all the riches in the world can’t mask the darkness that lies beneath the gilded surface, embodied in the charismatic but dangerous Kaspar Varn.

Netgalley: I didn’t make any requests this week.

Borrowed/Other: I got a freebie from work as it was being withdrawn from stock and I liked the sound of it…Bloodstorm by Sam Millar. 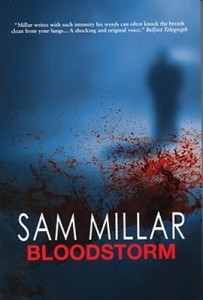 Karl Kane is a private investigator with a dark past. As a child, he witnessed the brutal rape & murder of his mother.

Years later, Karl has a chance to avenge his mother’s murder by killing the man responsible. But he allows the opportunity to slip by, & two days later, two girls are sexually molested & then murdered by the killer.

At this point, I’m not sure if this sounds amazing or awful, but I really want to find out! #DystopiaOverload 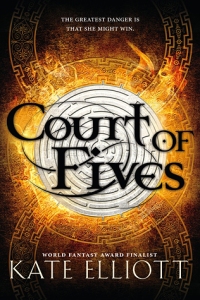 Jessamy’s life is a balance between acting like an upper class Patron and dreaming of the freedom of the Commoners. But at night she can be whomever she wants when she sneaks out to train for The Fives, an intricate, multi-level athletic competition that offers a chance for glory to the kingdom’s best competitors. Then Jes meets Kalliarkos, and an unlikely friendship between a girl of mixed race and a Patron boy causes heads to turn. When a scheming lord tears Jes’s family apart, she’ll have to test Kal’s loyalty and risk the vengeance of a powerful clan to save her mother and sisters from certain death.

New on the Wishlist

I saw The Cemetery Boys by Heather Brewer on the great yAdult Review and had to add it to my wishlist. 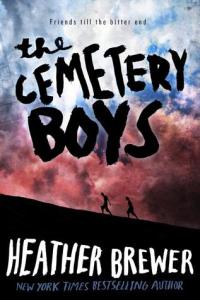 When Stephen’s dad says they’re moving, Stephen knows it’s pointless to argue. They’re broke from paying Mom’s hospital bills, and now the only option left is to live with Stephen’s grandmother in Spencer, a backward small town that’s like something out of The Twilight Zone. Population: 814.

Stephen’s summer starts looking up when he meets punk girl Cara and her charismatic twin brother, Devon. With Cara, he feels safe and understood—and yeah, okay, she’s totally hot. In Devon and his group, he sees a chance at making real friends. Only, as the summer presses on, and harmless nights hanging out in the cemetery take a darker turn, Stephen starts to suspect that Devon is less a friend than a leader. And he might be leading them to a very sinister end.

So, that’s my week in books, now how about yours?

If you still do a similar WWW post (or just want to join in, leave your link/answers in the comments, OR why not tweet using #ThisWeekInBooks, and I’ll come and visit!