This week the topic is: Top Ten Author Duos You’d LOVE To See Write A Book Together.

I will of course, be doing a Horror October twist on this week’s theme and will be pairing duos from the horror genre, be it authors, screen-writers or directors.

I find the horror genre quite unique in that horror writers often have their own, distinctive style, and horror directors are often auteurs, more so than in other genres I think. And so the idea of pairing two together is really interesting to me. Some of these combos would blow my mind!

What if Wes Craven and Kevin Williamson wrote a book together? 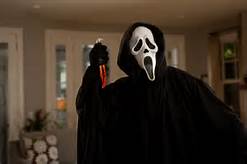 Wes Craven (RIP) was an innovator of horror. He wrote and directed iconic films such as A Nightmare on Elm Street, The Last House on the Left and The Hills Have Eyes, and is perhaps less well known as the author of one novel (Fountain Society) and a series of comics (Coming of Rage).

Kevin Williamson worked with Craven for the first time on Scream. Craven directed, and Williamson wrote the screenplay, it was a match made in heaven. Wes gave us a new, outrageous villian(s) and Williamson brought his teen realness to the party…now imagine that in a YA horror novel! WANT.

What if Edgar Allan Poe and Marcus Sedgwick wrote a detective story together?

Sedgwick has turned his hand to Gothic horror, science fiction, and contemporary YA to name but a few, but never a detective story (to my knowledge). I think his style would really suit a dark, strange mystery in the style of Edgar Allan Poe. I would love to read a collaboration between the two – not that than can happen. 😦

What if Stephen King and Dean Koontz joined forces?

Two of the most prolific horror writers collaborating? Now that is something I’d like to read!

Darren Shan’s The Saga of Darren Shan, and Derek Landy’s Skulduggery Pleasant are two of my favourite series for older children. I think Darren Shan (the character) would fit into Valkyrie and Skulduggery’s lives quite well. It would make for an interesting adventure…and maybe some romance…?

What if Neil Jordan adapted all the great Vampire books into movies?

Now, I’m famously not a fan of my favourite books being turned into movies, but Neil Jordan has a good track record. I love his take on vampires. 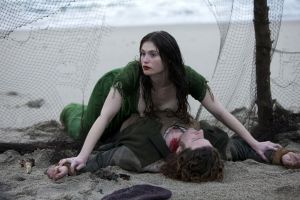 Jordan directed Anne Rice’s dark and delicious Interview with a Vampire, a nigh on perfect adaptation I’d say. And then there was 2012’s Byzantium, a completely overlooked, blinder of a film.

I would love to see Jordan adapt the Vampire Academy books, because quite frankly, the first attempt was just diabolical. Or how about Robin McKinley’s Sunshine? Now there is a book that would work beautifully in Jordan’s style.

What if Joss Whedon and Clive Barker worked together?

I have no idea what they would produce but Joss Whedon, creator of Buffy, co-writer of The Cabin in the Woods, and director of Marvel’s Avengers, and Clive Barker, creator of Hellraiser and Nightbreed could make for a very interesting, completely batshit collaboration, non? I can live in hope.

That’s all I’ve got this week. I want to go and watch all my favourite horror films now. All at once.