This week the topic is: Top Ten Books Read This Year

It’s time for everybody’s favourite TTT of the year; our favourite reads of 2015… how to choose!

I actually found it quite easy this year, although I really wanted to do a top 13. The most difficult part was putting them in order. I’ve changed them around so many times, but my top 3 was always cemented!

“The Naremore family move into a grand old house in the countryside which was previously owned by a famous children’s author whose popular series of books were about a haunted boarding school. It turns out that these books were a lot less fictitious than anyone would have believed.

An English Ghost Story was exactly what I was looking for! It was a book which started with promise. I was absorbed from the beginning even before anything spooky happened and then it built up its suspense and creepiness in a masterful, almost majestic way.” 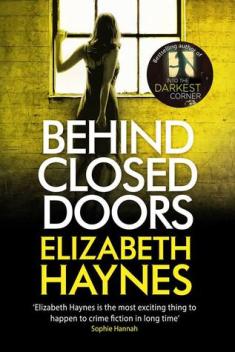 “Behind Closed Doors is another compelling, page-turning read from Police Analyst Elizabeth Haynes.

This is the third book I’ve read by Haynes and I’ve found them all to be edge-of-your-seat thrilling and interesting in the most excellent dark and gritty way. Behind Closed Doors was no exception.

Haynes is masterful at navigating the multi-layer plot about a girl who was abducted on a family holiday and has returned after 10 years, posing more questions than there are answers.” 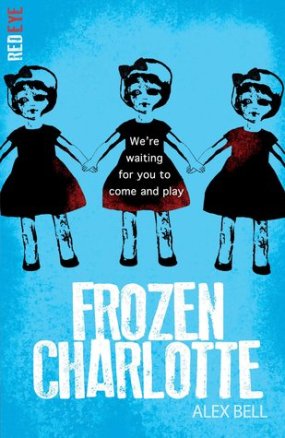 “This book actually gave me nightmares (well, it gave me one – it was pretty awesome).

For starters, creepy-ass miniture porcelain dolls with their hands outstretched like they died reaching for you. Dolls that are everywhere, even in the walls. Dolls that whisper. Dolls with needles… But more about them later…I’m getting ahead of myself.

And it wasn’t just the creep-factor that was good about this book, I literally could not put it down. I was sneakily reading it at work and stayed up wayyy past my bed time to finish it off!” 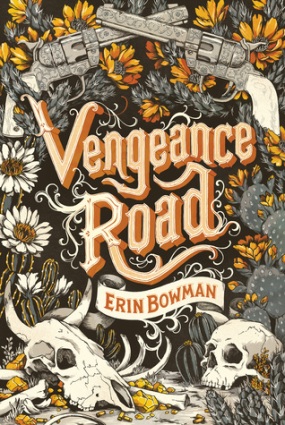 “Vengeance Road is a fast-paced, action-packed, tale of adventure and revenge in the shape of a good old-fashioned Western.

Plucky protagonist Kate thought her father was hung for the sake of it, but when she makes her way to Abe’s ranch, someone her father instructed her to seek out should anything happen to him, she discovers that she didn’t know him as well as she thought.

Hurrah for this is basically what I want to say! It’s not often you come across new and exciting strands of YA, and Vengeance Road was definitely that. Bowman weaves a thrilling, old fashioned yarn of an adventure and makes it look all shiny and new.”

The Kiss of Death ~ Marcus Sedgwick 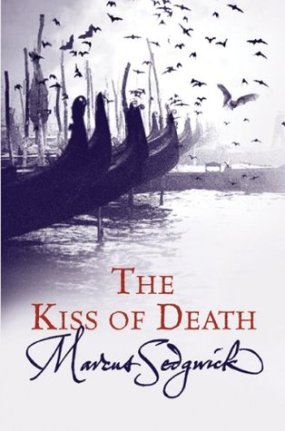 “I will read anything this man writes. FACT.

Marcus Sedgwick takes folklore and fairy tales and turns them into Gothic beauty. My Swordhand is Singing was the first Sedgwick book I ever read, and it remains my favourite. I can’t believe it’s taken me this long to pick up the sequel.

The Kiss of Death is a story centred around Marko whose father is missing. Last known to have headed to Venice to see a patient- for he is a doctor- Marko heads off in search of him, against his mother’s best wishes.

The Kiss of Death is a lyrical, beautifully written book, such as I have come to expect from Sedgwick. I was so happy to be reunited with Peter, and hear more of his tragic, heroic, story.”

In Victoria Aveyard’s take on a dystopian future, there are two classes. The Redbloods, the lowly commoners who do all the physical and menial jobs, and are conscripted to fight in the war, and the Silverbloods, the ruling class, who all have different powers such as the ability to manipulate fire, water or metal – much like the X-MEN (which I LOVE).

I’d gone through a whole array of feelings about this book before I even picked it up. Firstly, from the cover alone I was so taken with it I couldn’t wait to read it. Then I started seeing it described as The Hunger Games meets The Selection via X-men, and my mind was blown. BLOWN.

But then, the hype just went a bit mad. It was all over the blogosphere and while I tired to avoid most of the reviews, I started to doubt my first thoughts and wondered if this was just another Hunger Games wannabe; all hype and no substance….

Thankfully, I was wrong. Red Queen, whilst having some flaws, ended up completely surpassing my expectations. And it made me want to throw it across the room (yet another downside to the e-book!), in the best possible way.” 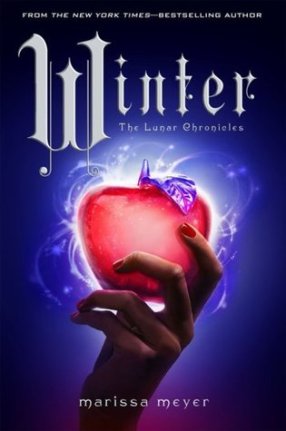 “OMG I cannot tell you how happy I felt reading this, and having all the amazing characters from the previous books finally brought together to defeat the evil Queen Levana! Insert fangirl squeal here.

Winter was everything I hoped for and more. Cinder kicked-ass, Scarlet was sassy and hilarious, Cress was adorably cute and Princess Winter…oh how I love her crazy ways.

And don’t even get me started on the guys. I mean, how are supposed to choose between Prince Kai, Captain Thorne and Wolf..? I just can’t even!”

“YES! This is what I’ve been waiting for by Holly Black.

The Darkest Part of the Forest is a fairy book with bite. It reads like a deliciously dark classic fairy tale, but it’s thoroughly modern too.

In the small town of Fairfold, humans go about their days like any average community, but there’s just one difference, faeries also exist. On the whole, faeries have come to be accepted and their magic is seen as harmless. However, many people in Fairfold continue to abide by certain rules and superstitions in order to make them immune to their magic, making you raise an eyebrow as to whether they are as harmless as everyone thinks they are.

I was blown away by how Holly Black built this world of fae but made it so modern. I loved that Hazel was a Knight. I loved that the kids of Fairfold seemed so normal despite living amongst faeries. I mean, they get wasted  and dance around (and on top) of the the horned boy’s coffin… so much to love.”

The Quality of Silence ~ Rosamund Lupton

“The Quality of Silence is an assault on your senses. You can feel the snow, smell the petrol, and see harsh landscape of Alaska so vividly, it’ll have you grabbing for your fur-lined coat, such is the magic of Lupton’s writing.

Yasmin, who loves her husband yet feels estranged from him, came to Alaska to try to make their marriage work one last time. After hearing the news [of his death] she refuses to believe [it]. She will believe it only when she sees it, but the police refuse to help, and have stopped the search, adamant that no one could have survived.

I loved the setting, the characters – especially Ruby – who is AMAZING, and the slow, mysterious reveal of what happened to Ruby’s dad…it was all amazing.” 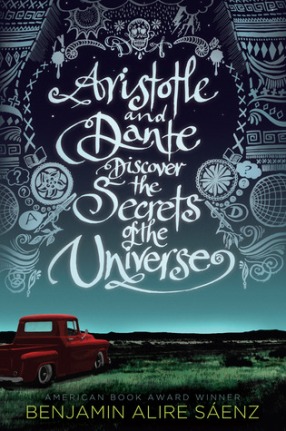 “Oh this book, you guys.

I fell in love with it instantly and read it in two sittings. The story is set in El Paso, Texas, and narrated by Ari. Ari’s a loner and more troubled than he even lets himself acknowledge. He’s clever and funny, but he’s angry too. He’s angry that his dad won’t talk about the war that has affected him so badly. He’s a angry that his brother is in prison and that his family won’t tell him why. In fact they pretend he doesn’t exist at all.

Ari meets Dante, who offers to teach him how to swim. On paper they are complete opposites. Dante is effervescent and loved by everyone who meets him. He finds it easy to open up to people and talk about his feelings; everything Ari isn’t, and can’t do.

The two become inseparable during one summer, and together they try to make sense of the world.

I’m reluctant to say much more plot-wise but just know this: Aristotle and Dante is a beautifully written, heart-wrenching coming-of-age story that I know will stay with me for a long time. I’ll definitely be reading this again in the future.

So there you have it, my favourite reads from 2015. I’m actually surprised that most of them are 2015 releases, as I felt like I was so behind with reading new releases this year! I’m impressed with myself LOL.

Can’t wait to see what made everyone else’s lists, even though I know it’ll kill me TBR-list-wise. Oh well. BRING IT ON!