It’s been so long since I’ve done one of these posts! This is what you can expect to see on Lipsyy Lost & Found in the next month or so….

A dazzling debut novel about taking chances, finding hope, and learning to stand up for your dreams…

Everyone in Wheeler, New Mexico, thinks Joanna leads the perfect life: the quiet, contented housewife of a dashing deputy sheriff, raising a beautiful young daughter, Laurel. But Joanna’s reality is nothing like her facade. Behind closed doors, she lives in constant fear of her husband. She’s been trapped for so long, escape seems impossible—until a stranger offers her the help she needs to flee….

On the run, Joanna and Laurel stumble upon the small town of Morro, a charming and magical village that seems to exist out of time and place. There a farmer and his wife offer her sanctuary, and soon, between the comfort of her new home and blossoming friendships, Joanna’s soul begins to heal, easing the wounds of a decade of abuse.

But her past—and her husband—aren’t so easy to escape. Unwilling to live in fear any longer, Joanna must summon a strength she never knew she had to fight back and forge a new life for her daughter and herself…. 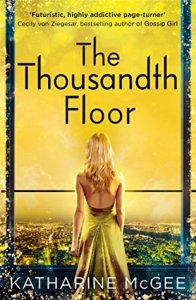 New York City as you’ve never seen it before. A thousand-story tower stretching into the sky. A glittering vision of the future, where anything is possible—if you want it enough.

A hundred years in the future, New York is a city of innovation and dreams. But people never change: everyone here wants something…and everyone has something to lose.

Rylin Myers’s job on one of the highest floors sweeps her into a world—and a romance—she never imagined…but will her new life cost Rylin her old one?

Watt Bakradi is a tech genius with a secret: he knows everything about everyone. But when he’s hired to spy by an upper-floor girl, he finds himself caught up in a complicated web of lies.

And living above everyone else on the thousandth floor is Avery Fuller, the girl genetically designed to be perfect. The girl who seems to have it all—yet is tormented by the one thing she can never have.

Debut author Katharine McGee has created a breathtakingly original series filled with high-tech luxury and futuristic glamour, where the impossible feels just within reach. But in this world, the higher you go, the farther there is to fall…

Nothing says Happy Birthday like summoning the spirits of your dead relatives.
Alex is a bruja, the most powerful witch in a generation…and she hates magic. At her Deathday celebration, Alex performs a spell to rid herself of her power. But it backfires. Her whole family vanishes into thin air, leaving her alone with Nova, a brujo boy she can’t trust. A boy whose intentions are as dark as the strange marks on his skin.

The only way to get her family back is to travel with Nova to Los Lagos, a land in-between, as dark as Limbo and as strange as Wonderland…

Top of my TBR pile

Cosmically fast-paced and wildly imaginative, this debut novel is a perfect potion of magic and suspense

Once a city of enormous wealth and culture, Prague was home to emperors, alchemists, astronomers, and, as it’s whispered, hell portals. When music student Sarah Weston lands a summer job at Prague Castle cataloging Beethoven’s manuscripts, she has no idea how dangerous her life is about to become. Prague is a threshold, Sarah is warned, and it is steeped in blood.
Soon after Sarah arrives, strange things begin to happen. She learns that her mentor, who was working at the castle, may not have committed suicide after all. Could his cryptic notes be warnings? As Sarah parses his clues about Beethoven’s “Immortal Beloved,” she manages to get arrested, to have tantric sex in a public fountain, and to discover a time-warping drug. She also catches the attention of a four-hundred-year-old dwarf, the handsome Prince Max, and a powerful U.S. senator with secrets she will do anything to hide. 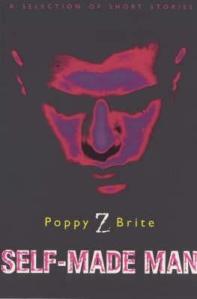 This collection of 12 short stories from Poppy Brite contains collaborations with Christa Faust and David Ferguson and an introduction from Peter Straub. The collection also includes America, which features Steve and Ghost, the central characters in Lost Souls.

The Song of Achilles ~ Madeline Miller

Are you looking forward to/have you read any of these?