Happy Wednesday blogfriends! I’m excited this week because I’ve only got one more day of work and then I go home for a lonnnng weekend to celebrate my dad’s 70th birthday. SEVENTY! 😮

Nothing to report yet as I’m only a few pages in.

Every dog has its day…

And for Lineker, a happy go lucky mongrel from Peckham, the day the world ends is his: finally a chance to prove to his owner just how loyal he can be.

Reg, an agoraphobic writer with an obsession for nineties football, plans to wait out the impending doom in his second floor flat, hiding himself away from the riots outside.

But when an abandoned orphan shows up in the stairwell of their building, Reg and Lineker must brave the outside in order to save not only the child, but themselves…

I enjoyed both of these. The Rachel Caine book really made want to watch Baz Lurhman’s R&J again. It’s been a few years!

Weycombe is the chocolate-box village of everyone’s dreams. For American Jillian White, a gated life of pleasure and comfort with her titled English husband was a fantasy come true.

But the murder of a local estate agent mars the village’s so-pretty surface. Are people actually dying to live in Weycombe? Jill investigates, piecing together clues along the snaking paths and winding lanes of her adopted village. She knows truth has many versions, depending on who is doing the telling. And that few can be trusted in Weycombe, where nothing is as perfect as it seems.

Set in a girls’ boarding school in Massachusetts a haunting and sinister story YA story for World Book Day from prize-winning author Marcus Sedgwick.

1963. Foxgrove School near Stockbridge, Massachusetts. One of the oldest and finest academies in the country – but what really goes on behind closed doors? Nathaniel Drake, the new young English teacher, Isobel Milewski, the quiet girl who loved to draw spirals, her fingers stained with green ink, Jack Lewis, who lent Isobel books – just words, just ink on paper, Margot Leya, the girl with those eyes – who are they, what part have they played in killing the dead?

Netgalley: This will be a #Horroroctober read so I was pleased to be approved for it. 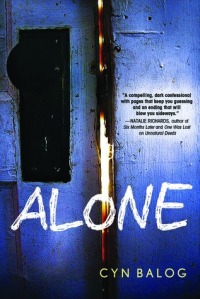 When her mom inherits an old, crumbling mansion, Seda’s almost excited to spend the summer there. The grounds are beautiful and it’s fun to explore the sprawling house with its creepy rooms and secret passages. Except now her mom wants to renovate, rather than sell the estate—which means they’re not going back to the city…or Seda’s friends and school.

As the days grow shorter, Seda is filled with dread. They’re about to be cut off from the outside world, and she’s not sure she can handle the solitude or the darkness it brings out in her.

Then a group of teens get stranded near the mansion during a blizzard. Seda has no choice but to offer them shelter, even though she knows danger lurks in the dilapidated mansion—and in herself. And as the snow continues to fall, what Seda fears most is about to become her reality…

Gunslinger Girl, because…Hello, just look at it! having just finished the excellent Retribution Rails, I’m gagging for more YA Wild West. Does anyone else think it’s going to be the next big YA trend? I just hope it’s not done to death like dystopian was.

Seventeen-year-old Serendipity “Pity” Jones inherited two things from her mother: a pair of six shooters and perfect aim. She’s been offered a life of fame and fortune in Cessation, a glittering city where lawlessness is a way of life. But the price she pays for her freedom may be too great….

In this extraordinary debut from Lyndsay Ely, the West is once again wild after a Second Civil War fractures the U.S. into a broken, dangerous land. Pity’s struggle against the dark and twisted underbelly of a corrupt city will haunt you long after the final bullet is shot.

So that was my week in books, how was yours? If you’re participating feel free to leave your link in the comments so everyone can take a look!