Join me for 30 Days of Horror in which we spotlight one horror book every day until we reach Halloween!

Tonight’s horror book choice is one that I was pleasantly surprised by. I’ve liked most of the Stephen King books I’ve read but perhaps not as much as some people. I didn’t know what to expect from a Shining sequel though, especially so many years after the first was published. But I thought Doctor Sleep was a great effort. And well worth revisiting. 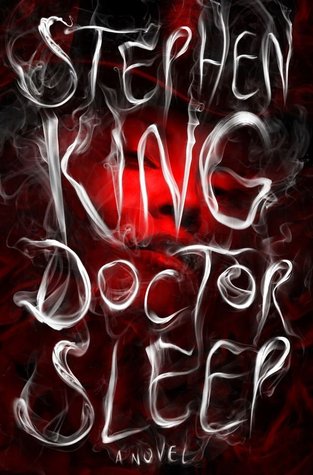 Stephen King returns to the characters and territory of one of his most popular novels ever, The Shining, in this instantly riveting novel about the now middle-aged Dan Torrance (the boy protagonist of The Shining) and the very special 12-year-old girl he must save from a tribe of murderous paranormals.

On highways across America, a tribe of people called The True Knot travel in search of sustenance. They look harmless – mostly old, lots of polyester, and married to their RVs. But as Dan Torrance knows, and spunky 12-year-old Abra Stone learns, The True Knot are quasi-immortal, living off the “steam” that children with the “shining” produce when they are slowly tortured to death.

Then Dan meets the evanescent Abra Stone, and it is her spectacular gift, the brightest shining ever seen, that reignites Dan’s own demons and summons him to a battle for Abra’s soul and survival. This is an epic war between good and evil, a gory, glorious story that will thrill the millions of hyper-devoted fans of The Shining and wildly satisfy anyone new to the territory of this icon in the King canon.

Read this? What did you think?

Don’t forget to vote in the flash fiction battle!