I’m not sure if you’ve noticed but I’ve been pretty rubbish at posting reviews lately. I unfortunately don’t have the time (or the motivation) at the moment. I would, however, like to share a few thoughts on some of my recent reads… 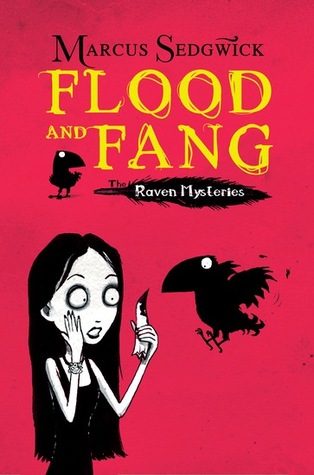 This is was fun, middle grade read, with a gothic vibe – of such the kind that Sedgwick is so good at. The illustrations were inspired, too. Fans of the likes of The Addam’s Family will be sure to love this series.

The Cruel Prince by Holly Black

I’m not always a fan of Fae books, unless they are written by Holly Black. And she’s done it again! The Cruel Prince is a beguiling, thrilling, and often uncomfortable read (how would you cope with living somewhere surrounded by people who could literally force you to do anything they wanted!?). Full of visceral descriptions and real, interesting characters, Holly Black’s world of Faery is a brutal beast, and one that’s hard to put down.

I was slightly disappointed by this YA book, simply because I thought it was going to be a horror, or at least a gripping fantasy-thriller from the cover art, but I was mistaken. I also picked it up because I liked the sound of the setting – a remote cabin in the Highlands, but the setting wasn’t explored much either. However, it was a fast-paced story with good characterisation, including Philbert, the talking scarecrow, who can either save the day, or make the protagonist look increasingly insane…

This was my first taste of Rainbow Rowell’s work – a long time coming. These two short tales set around New Year were both adorable and compelling, with beautiful pencil illustrations. I can tell even from these short stories that Rowell is a master of creating complicated, diverse and entirely realistic teenage characters. I’ll definitely read more of hers now.