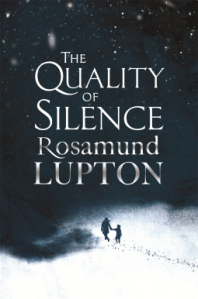 On 24th November Yasmin and her deaf daughter Ruby arrived in Alaska. Within hours they were driving alone across a frozen wilderness. Where nothing grows. Where no one lives. Where tears freeze . And night will last for another 54 days.

They are looking for Ruby’s father. Travelling deeper into a silent land. They still cannot find him. And someone is watching them in the dark.

The Quality of Silence is an assault on your senses. You can feel the snow, smell the petrol, and see harsh landscape of Alaska so vividly, it’ll have you grabbing for your fur-lined coat, such is the magic of Lupton’s writing.

Ruby idolises her father; he gets understands her in a way that her mum Yasmin doesn’t. But Ruby’s father, a wildlife photo-journo and film-maker has been involved in a terrible plane accident in the remote depths of Alaska and hasn’t come to meet them like he should have. Instead, they are greeted by the devastating news that he is dead. His wedding ring and his jacket, the only things remaining from the wreckage.

Yasmin, who loves her husband yet feels estranged from him, came to Alaska to try to make their marriage work one last time. After hearing the news she refuses to believe that he is dead. She will believe it only when she sees it, but the police refuse to help, and have stopped the search, adamant that no one could have survived.

I loved the setting, the characters – especially Ruby – who is AMAZING, and the slow, mysterious reveal of what happened to Ruby’s dad…it was all amazing.

The only thing stopping me from giving this 5/5 and claiming it to be the book of the year, is because it took me a while to adjust to the constant switching of perspective. Sometimes, this style can be a deal-breaker for me, but after an adjustment period, Lupton really managed to pull it off!

You can pre-order The Quality of Silence from Waterstones now.

I know I’m late to the party on this one, but while the online world was going crazy over the announcement that Kiera Cass has expanded on her The Selection series, I was knee-deep in Horror October posts.

I am sooooooooooo excited about this, but also slightly worried that you can have too much of a good thing. Is Cass breaking all her own rules in this role reversal, where a selection of boys compete for the Princess’ (America and Maxon’s daughter, obvs) hand in marriage.

Cass addresses this question and more on her website…but to sum it up…we just have to wait and see. EEEEK! So long to wait. 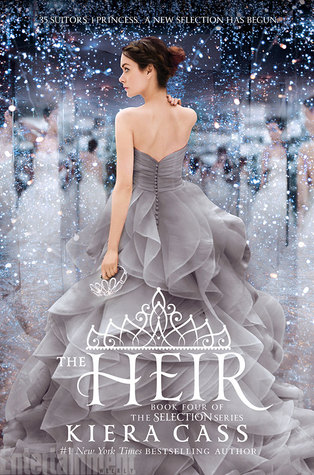 Twenty years ago, America Singer entered the Selection and won Prince Maxon’s heart. Now the time has come for Princess Eadlyn to hold a Selection of her own. Eadlyn doesn’t expect her Selection to be anything like her parents’ fairy-tale love story. But as the competition begins, she may discover that finding her own happily ever after isn’t as impossible as she always thought.

And if that wasn’t enough, don’t forget about The Queen, the prequel novella which gets a digital release next month (December 2nd). Which is a much nicer wait than MAY is. Ugh.

I’m linking this up to Breaking the Spine’s Waiting on Wednesday.