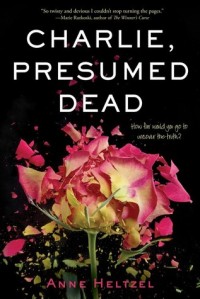 The topic for this week is: Ten Books I Will Probably Never Read

A lot of these are for similar reasons! In no particular order…

Yes, yes I know. I was tempted to leave this off the list because of the abuse/ ‘omigodyouhaventreadpotter’ reaction it inevitably invokes. But no, I’ve never read any Harry Potter. It wasn’t a conscious decision I made I just never fancied it, and when the films came out I wasn’t that taken with them either.

I have no idea why as the sort of thing I usually like. Maybe i’m just being contrary, I don’t know. But if I haven’t read them by now, I doubt I ever will. So please don’t bother to try and convince me 😉

I wish I’d read these before I started to watch the series, but seeing as I didn’t, I doubt I ever will. The books sound pretty epic, but I think I’d find the overly descriptive style and the length of them annoying. I’ll stick with the show, thanks.

I’m not as sure about this one. I do really want to read this series but the size of them puts me off. I haven’t watched the TV program yet, but I might just watch it instead. A cop-out I know.

The rest of The Maze Runner books

I made the mistake of watching the film before I read the book. I really liked the film, much more than I was expecting to, and I didn’t like the book much at all, so I think I’ll stick with the films…assuming they continue…

If I Stay/ Gone Girl

I’ll never read either of these for almost the same reason. I saw the film adaptations first and don’t feel the need to read the books. In the case of If I Stay, I was pleasantly surprised by the film and enjoyed it a lot. With Gone Girl…ack..it had its moments but man it was long, and the twist was obvious. I don’t see the point in reading the book now.

There’s a lot of classics I’ll probably never touch. I avoided most of the required reading at school (such a rebel), because I just found a lot of them dull, with a few exceptions. I’m mainly thinking about the Brontes, Austen, and Dickens here. They are obviously great stories, but the style isn’t for me. If I’m reading for pleasure, I want it to be just that!

That’s all I’ve got this week. I look forward to checking out what made everyone else’s lists later. Feel free to leave a link 🙂