When Winnie stumbles across a spring which can bestow the gift of everlasting life, she also stumbles across the unforgettable Tuck family. The Tucks, having drunk from this spring, will never age, and will never die. With a calm clearsightedness they have kept the spring’s whereabouts secret, realising the harm and chaos full knowledge of it would bring. But the Tucks need to take grave measures when the spring’s secret is in danger of being revealed…

Disclosure: I think this is the first book I’ve chosen for Favourites Friday that I didn’t give a full 5 stars to on Goodreads and that I have read less than 3 times. However, that doesn’t mean it’s not great! I think one of the main reasons for deducting a star was that it was too short. I wanted MORE.

I discovered this book late. Like really late. It was first published in 1975 (and you can tell…it has that great old whimsical style to it where every word counts) and I probably first read it when I was about 20. If I’d read it when I was younger I know for a fact that I would have fallen in love with it even more than I did then. That weird thing happened on my first discovery of it too, I went to look it up thinking ‘I feel like this should be a film’ only to find out that Disney had released it a few years earlier (2002). And then literally about a week later, it was shown on TV on a Saturday afternoon. I went from being completely oblivious to it being everywhere. Weird how that happens, huh? I LOVE the film too btw…but more on that later.

I’ve always been fascinated with the idea of immortality. Vampires are my favourites, obviously, but there’s a lot to be said for just your average boy that can’t grow up. Peter Pan was probably my first ever fictional crush, (does he really count as being immortal? Anyway…) but after reading this Jesse Tuck was a big contender too. He’s quite clearly the cutest thing ever even if he’s a bit aloof initially. He’s funny too.

You mustn’t drink from it. Comes right up out of the ground. Probably pretty dirty” he began to pile pebbles over it again. “But you drank some,” Winnie reminded him. “Oh. Did you see that? Well, I’ll drink anything”

Man after my own heart!

There’s something really sweet in the way tries to discourage Winnie from drinking the water from the spring that has turned them immortal, you instantly realise that maybe living forever isn’t quite the gift that it sounds.

The rest of the book is basically the Tuck family keeping Winnie ‘hostage’ until they figure out what to do, or until they believe that she won’t tell anyone about the spring, and to convince her of that they have to tell her the truth.

Do you understand, child? That water – it stops you right where you are. If you’d had a drink of it today, you’d stay a little girl forever. You’d never grow up, not ever.

It’s heart-breaking really, the whole story is just mega sad, but beautiful too. This is the line that always particularly sticks in my head whenever I’m thinking about immortality (happens a lot):

You can’t have living without dying. So you can’t call it living, what we got. We just are, we just be, like rocks beside the road.

It’s that old chesnut isn’t it? You can’t have good without bad, or how do you know what good is? There’s no good without evil after all.

So, you should definitely read the book. It really reminds me of Alice Hoffman too, it has that magical, sleepy summertime prose to it that makes it perfect for a quick sunny Sunday afternoon read.

But, can we talk about the film for a second? I think I love the book even more after seeing the film, which never happens to me.

Here are some reasons why the film is awesome:

1. They made Winnie older (she’s only 10 in the book, and Jesse is 17) so they could play a bit more on the romantic element between the two characters. In the book they have a beautiful childish and harmless love for one another but in the film they can get down to sexy time (they don’t really, I think they just kiss…but SWOON).

2. Winnie is played by none other than RORY GILMORE…and I’m not being funny but who ISN’T in love with Rory Gilmore, right? 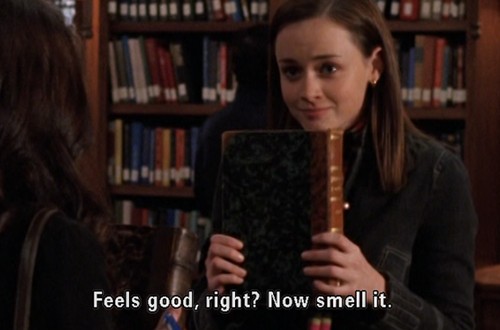 3. Jonathan Jackson. Nuff said. I knew Jesse was going to be hot, and Disney did good. I nearly spat out my coffee a few months ago when I saw him being all hot in Nashville and was like ‘IT’S JESSE TUCK GONE SEXY’ I’m sure he’s been in loads of stuff but that’s just not important.

5. Sissy Spacek as Mae too, the casting was OWNED.