The topic for this week is: a freebie! As in we can pick our own.

As some of you might know by now, I started a new job last month – my first ever library job, and it’s in a prison library, challenging to say the least. The main difference to a public library is that as we have an adult male population, the books are more tailored to that demographic, and I feel like I need to read more of the kind of books they like to read so I can do a better job of recommending things.

So here are the top ten books I want to read from the library I work in:

Henri Charrière, called “Papillon,” for the butterfly tattoo on his chest, was convicted in Paris in 1931 of a murder he did not commit. Sentenced to life imprisonment in the penal colony of French Guiana, he became obsessed with one goal: “escape.” After planning and executing a series of treacherous yet failed attempts over many years, he was eventually sent to the notorious prison, Devil’s Island, a place from which no one had ever escaped . . . until Papillon. His flight to freedom remains one of the most incredible feats of human cunning, will, and endurance ever undertaken.

Charrière’s astonishing autobiography, “Papillon,” was published in France to instant acclaim in 1968, more than twenty years after his final escape. Since then, it has become a treasured classic — the gripping, shocking, ultimately uplifting odyssey of an innocent man who would not be defeated.

The year is 1954. U.S. Marshal Teddy Daniels and his new -partner, Chuck Aule, have come to Shutter Island, home of Ashecliffe Hospital for the Criminally Insane, to investigate the disappearance of a patient. Multiple-murderess Rachel Solando is loose somewhere on this barren island, despite having been kept in a locked cell under constant surveillance. As a killer hurricane bears relentlessly down on them, a strange case takes on even darker, more sinister shades–with hints of radical experimentation, horrifying surgeries, and lethal countermoves made in the cause of a covert shadow war. No one is going to escape Shutter Island unscathed, because nothing at Ashecliffe Hospital is remotely what it seems.

Andy Murray is one of Britain’s best loved athletes. On the 7th July 2013 he became the first British man to lift the Wimbledon trophy for 77 years. His new book, Andy Murray: Seventy-Seven, will take us on a personal journey through his career. Focusing on the last two dramatic years, he will share with us his thoughts on the pivotal moments of his playing career and allow us a glimpse into his world – his intense training regime, his close-knit team and his mental and physical battle to get to the very top. This beautiful and very personal book will be a stunning celebration of Andy’s career so far.

4. Tell No One Harlan Coben 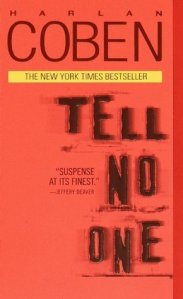 For Dr. David Beck, the loss was shattering. And every day for the past eight years, he has relived the horror of what happened. The gleaming lake. The pale moonlight. The piercing screams. The night his wife was taken. The last night he saw her alive.

Everyone tells him it’s time to move on, to forget the past once and for all. But for David Beck, there can be no closure. A message has appeared on his computer, a phrase only he and his dead wife know. Suddenly Beck is taunted with the impossible- that somewhere, somehow, Elizabeth is alive.

Beck has been warned to tell no one. And he doesn’t. Instead, he runs from the people he trusts the most, plunging headlong into a search for the shadowy figure whose messages hold out a desperate hope.

But already Beck is being hunted down. He’s headed straight into the heart of a dark and deadly secret- and someone intends to stop him before he gets there. 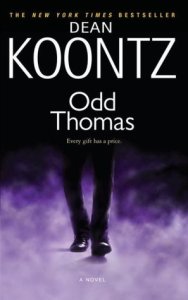 “The dead don’t talk. I don’t know why.” But they do try to communicate, with a short-order cook in a small desert town serving as their reluctant confidant. Odd Thomas thinks of himself as an ordinary guy, if possessed of a certain measure of talent at the Pico Mundo Grill and rapturously in love with the most beautiful girl in the world, Stormy Llewellyn.

Maybe he has a gift, maybe it’s a curse, Odd has never been sure, but he tries to do his best by the silent souls who seek him out. Sometimes they want justice, and Odd’s otherworldly tips to Pico Mundo’s sympathetic police chief, Wyatt Porter, can solve a crime. Occasionally they can prevent one. But this time it’s different.

A mysterious man comes to town with a voracious appetite, a filing cabinet stuffed with information on the world’s worst killers, and a pack of hyena-like shades following him wherever he goes. Who the man is and what he wants, not even Odd’s deceased informants can tell him. His most ominous clue is a page ripped from a day-by-day calendar for August 15.

In less than twenty-four hours, Pico Mundo will awaken to a day of catastrophe. As evil coils under the searing desert sun, Odd travels through the shifting prisms of his world, struggling to avert a looming cataclysm with the aid of his soul mate and an unlikely community of allies that includes the King of Rock ‘n’ Roll. His account of two shattering days when past and present, fate and destiny converge is the stuff of our worst nightmares, and a testament by which to live: sanely if not safely, with courage, humor, and a full heart that even in the darkness must persevere. 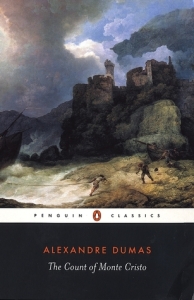 Thrown in prison for a crime he has not committed, Edmond Dantès is confined to the grim fortress of If. There he learns of a great hoard of treasure hidden on the Isle of Monte Cristo and he becomes determined not only to escape, but also to unearth the treasure and use it to plot the destruction of the three men responsible for his incarceration. Dumas’ epic tale of suffering and retribution, inspired by a real-life case of wrongful imprisonment, was a huge popular success when it was first serialised in the 1840s.

Robin Buss’ lively translation is complete and unabridged, and remains faithful to the style of Dumas’ original. This edition includes an introduction, explanatory notes and suggestions for further reading.

I really want to read all of these, and my library has most of them…win!

Dublin 1984 dusk, three children vanish in the woods. One, Rob Ryan, grips a tree trunk in terror, unable to recall any detail of previous hours. Twenty years later, the detective on the Dublin Murder Squad keeps his past a secret. But when a girl 12 is killed in the same woods, Rob and Detective Cassie Maddox — partner and best pal – investigate present and past. 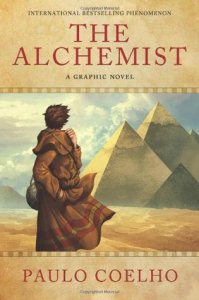 Andalusian shepherd boy Santiago travels from his homeland in Spain to the Egyptian desert in search of a treasure buried in the Pyramids. Along the way he meets a Gypsy woman, a man who calls himself king, and an alchemist, all of whom point Santiago in the direction of his quest. No one knows what the treasure is, or if Santiago will be able to surmount the obstacles along the way. But what starts out as a journey to find worldly goods turns into a discovery of the treasure found within.

10.The Good Psychopath’s Guide to Success

What is a good psychopath? And how can thinking like one help you to be the best that you can be?

Professor Kevin Dutton has spent a lifetime studying psychopaths. He first met SAS hero Andy McNab during a research project. What he found surprised him. McNab is a diagnosed psychopath but he is a GOOD PSYCHOPATH. Unlike a BAD PSYCHOPATH, he is able to dial up or down qualities such as ruthlessness, fearlessness, conscience and empathy to get the very best out of himself – and others – in a wide range of situations.

Drawing on the combination of Andy McNab’s wild and various experiences and Professor Kevin Dutton’s expertise in analysing them, together they have explored the ways in which a good psychopath thinks differently and what that could mean for you. What do you really want from life, and how can you develop and use qualities such as charm, coolness under pressure, self-confidence and courage to get it? The Good Psychopath Manifesto gives you a unique and entertaining road-map to self-fulfillment both in your personal life and your career.