Welcome to another book promo on Lipsyy Lost & Found, where I’m always thrilled to support independent authors and publishers.

The Water Travelers is an epic 7 part YA/Fantasy/Romance series by Daniel Waltz. Book one, Heir of the Unknown was released in 2014 and book two, The Curse of Senapin was released in April.

The Water Travelers: Heir of the Unknown

Adventure finds those who are brave enough to take the first step.

Aaron never wanted to pursue kingship, but his care for the lives of his people forced him toward it. When his father, The King of Upitar, sends him on a quest to find a girl who was prophesied long ago to destroy their world, Aaron finds himself fighting the option of running away forever or fulfilling his destiny as the Heir of Upitar.

By water traveling, a gift his people have that allows them to go back and forth between their world and Earth through water, Aaron starts this adventure with thousands of thoughts and questions racing around his head.

While on his journey, he inadvertently meets the very girl he’s sent to kill, Madalyne Harper. Without knowing it’s her, an unlikely romance between the sarcastic and daring Madalyne Harper begins to flourish with the rebellious and curious, Prince Aaron Archien. As they grow closer, Aaron begins to learn of secrets within the Harper family regarding water travelers. Wanting to learn more, and wanting an excuse to hang out with Madi, Aaron continues to delay his original mission. As family problems and outside forces press down on them, Aaron and Madi soon find themselves running away together.

The Water Travelers: The Curse of the Senapin

Sometimes destiny has an unconventional way of bringing people together.

For the past six months, Aaron and Madi have been waiting to receive word from Yerowslii. But, when the King of Upitar is taken captive by Senapin forces, Aaron and Madi must flee their hiding place to rescue him. Although skeptical of it, they are accompanied by a disloyal ally, Ugine.

While on this new world, they are ambushed and taken prisoner by different groups who have been waiting for their arrival. In the midst the chaos, loyalties are tested, truths are challenged, and friends become enemies. Everything hinges on the hope that evil cannot exist without good. All is in question when secrets are revealed, but regardless of affiliation, whether one’s for him or against him, this remains true: 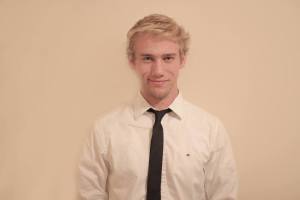 Dan is a twenty-year-old writer who has always loved telling a story. He started The Water Travelers series his senior year of high school and hopes for it to be with him forever. Along with writing, he loves traveling the world, biking, hanging out with friends and trying new foods. Dan is an avid adventurer who frequently gets lost for fun. To find out more about him check out his social media outlets below.

The Word on the Goodreads Street

A very interesting and unique concept for a story. It took an adventure plot line to another level!”