Prepare yourselves, Horror October is back!

Autumn is the best time of year to read all of those books you’ve been too scared to open, and curl up on the sofa to watch you favourite scary movie, so once again I’m dedicating a whole month to doing just that.

However, if you’re not a fan of horror, do not fret, I’m using the term quite loosely and hope that there will be something to suit everyone (it’s not like I could go a month without reading any YA)!

I clearly won’t get round to all of these within the month but I’m going to give it a bloody good try, pun intended 😉

Click on the images to for the Goodreads page

Generations of children and teens have grown up on R.L. Stine’s bestselling and hugely popular horror series, Fear Street and Goosebumps. Now, the Fear Street series is back with a chilling new instalment, packed with pure nightmare fodder that will scare Stine’s avid fan base of teen readers and adults.

New student Lizzy Palmer is the talk of Shadyside High. Michael and his girlfriend Pepper befriend her, but the closer they get to her, the stranger she seems… and the more attractive she is to Michael. He invites her to join him on a snowmobile race that ends in a tragic accident. Soon, Michael’s friends start being murdered, and Pepper becomes convinced that Lizzy is behind the killings. But to her total shock, she and Michael are drawn into a tragic story of an unthinkable betrayal committed over 60 years ago. Frightening and tense in the way that only this master of horror can deliver, The Lost Girl is another terrifying Fear Street novel by the king of juvenile horror. 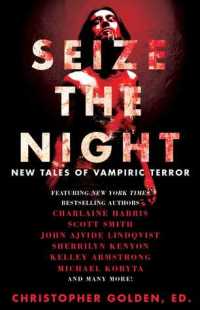 A blockbuster anthology of original, blood-curdling vampire fiction from New York Times bestselling and award-winning authors, including Charlaine Harris, whose novels were adapted into HBO’s hit show True Blood, and Scott Smith, publishing his first work since The Ruins.

Ten years ago, fifteen-year-old Scarlett Rainsford vanished while on a family holiday in Greece. Was she abducted, or did she run away? Lou Smith worked the case as a police constable, and failing to find Scarlett has been one of the biggest regrets of her career. No one is more shocked than Lou to learn that Scarlett has unexpectedly been found during a Special Branch raid of a brothel in Briarstone.

Lou and her Major Crimes team are already stretched working two troubling cases: nineteen-year-old Ian Palmer was found badly beaten; soon after, bar owner Carl McVey was found half-buried in the woods, his Rolex and money gone. While Lou tries to establish the links between the two cases, DS Sam Hollands works with Special Branch to question Scarlett. What happened to her? Where has she been until now? And why is her family—with the exception of her emotionally fragile younger sister, Juliette—less than enthusiastic about her return?

When another brutal assault and homicide are linked to the McVey murder, Lou’s cases collide, and the clues all point in one terrifying direction. As the pressure and the danger mount, it becomes clear that the silent, secretive Scarlett holds the key to everything. 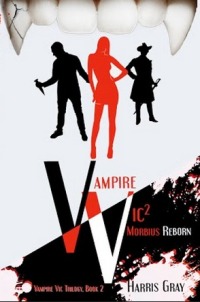 Vampires walk among us. Appraising our houses, policing our neighborhoods, crossing our borders. We understand there will be biting and an occasional conversion. These are small sacrifices for the sexy thrill. We do worry about vampires popping up in positions of power. They are evolved, difficult to slay, not as sexy. A backlash grows; but are we far too late?

Victor Thetherson is nearly cured. The treatment buries the charisma and confidence that only vampirism seems able to resurrect, and snuffs his rekindled love affair with ex-wife Barbara. Victor can’t trust himself as a vampire and doesn’t want to live with himself otherwise.

Victor versus Eugene, round two in an ancient war. With Morbius Reborn, our time at the top of the food chain is coming to an end.

From the TBR Shelves 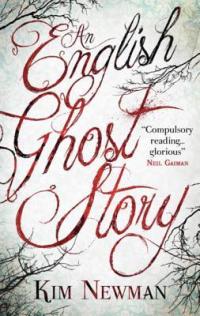 A dysfunctional British nuclear family seek a new life away from the big city in the sleepy Somerset countryside.

At first their new home, The Hollow, seems to embrace them, creating a rare peace and harmony within the family. But when the house turns on them, it seems to know just how to hurt them the most—threatening to destroy them from the inside out. 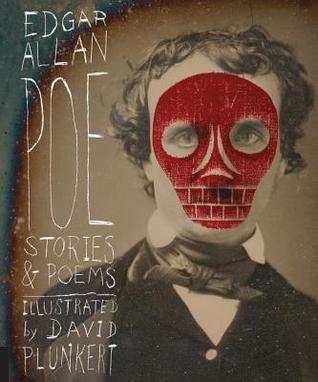 Rockport Books revisit the classics in a new series lushly illustrated by some of today’s most endearing and sought-after artists. These aren’t your typical classics–our artists reinterpret these stories and create a stunning presentation unlike any you’ve ever seen. Book enthusiasts and artisans will want to collect the entire series. Renowned artist David Plunkert takes readers on a dark journey into the gothic stories of Edgar Allan Poe, through his luscious imagery. These stories take on a whole new meaning when accompanied by Plunkert’s mystical, and sometimes spooky interpretations. With this edition of the Classics Reimagined series, you’ll think classics boring, nevermore!

The Kiss of Death ~ Marcus Sedgwick 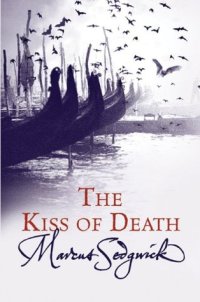 Marcus Sedgwick’s tale of Venice and vampires is a captivating companion volume to the bestselling My Swordhand is Singing.

Marko and Sorrel meet in Venice for the first time. They must uncover the mystery of what has happened both to Sorrel’s father, plagued by a strange madness that prevents him from sleeping, and to Marko’s father, a doctor, who has mysteriously gone missing after travelling to Venice to help his old friend. Years on from My Swordhand is Singing and Peter is still on the trail of the Shadow Queen. His search leads him to Venice, a city whose beauty disguises many ugly secrets.

The Shadow Queen is there, gathering strength, recruiting a new army of the Undead for a final confrontation. This fabled city with its lapping waterways, its crumbling magnificence, dark, twisting alleyways and surprising piazzas is the perfect setting for Marcus’s captivating gothic novel of love and loss in 18th century Venice.

After ravenous corpses topple society and consume most of the world’s population, freighter captain Henk Martigan is shocked to receive a distress call. Eighty survivors beg him to whisk them away to the relative safety of the South Pacific. Martigan wants to help, but to rescue anyone he must first pass through the nightmare backwater of the Curien island chain.

A power struggle is brewing in the Curiens. On one side, the billionaire inventor of the mind-control collar seeks to squeeze all the profit he can out of the apocalypse. Opposing him is the charismatic leader of a ghoul-worshipping cargo cult. When a lunatic warlord berths an aircraft carrier off the coast and stakes his own claim on the islands, the stage is set for a bloody showdown.

To save the remnants of humanity (and himself), Captain Martigan must defeat all three of his ruthless new foes and brave the gruesome horrors of…THE GHOUL ARCHIPELAGO.

I was really sad to hear the news of Wes Craven’s passing last month. He had a huge impact on the horror genre when I was growing up, so I’ll be taking a look at his work.

Cleo is a renowned blogger who just can’t get enough of all that murder and mayhem, she tells us more!

5 Horror Films That Still Scare Me

For me, horror films that are actually scary are few and far between these days. I look at some of my favourites that still hit the spot.

This Year in Horror…So Far

A round-up of the horror books I’ve read so far this year.

Spotlight on the ITV show

Planning a Halloween party? I share my favourite things to do/watch/eat/play on Halloween.

– Are you planning on reading or posting anything ghoulish or gruesome this month? If so let me know and I’ll link to your post on my weekly round-up

– Want to be a Horror October guest? I’m still open for guest posts, reviews, and spotlights. You’ll be fully credited and can still post on your own blog too so it’s a good opportunity to reach more people. Email me for more info.

– It goes without saying but I’ll say it anyway…Comment Away! I’ll also be tweeting using #HorrorOctober