Welcome to my new post where I discuss any books that I read in the month which for one reason or another didn’t get the full review treatment. This is a way for me to keep track of what I’ve read but without the pressure of having to write comprehensive reviews for them all.

The Horse With My Name ~ Colin Bateman

Dan Starkey – international man of inaction – rides again. How far can he fall this time?

Ex-journalist Dan Starkey is stuck in a grimy Belfast bedsit. His life is a disaster, and his only solace is the pub round the corner. He needs to get out more, particularly since the sessions at Relate with his wife Patricia have been cancelled and she’s hooked up with new man Clive. Fellow ex-journalist Mark Corkery, whose secret persona is The Horse Whisperer, an internet horse-racing gossip, wants him to investigate Geordie McClean, the man behind Irish American Racing. Simple enough for a man with Dan’s experience, surely? But Trouble is Dan’s middle name. And trouble is what he finds…

The fifth book in Bateman’s Dan Starkey series is another mad-cap investigation by the loveable sarcastic, cynical, journalist. It had been a long time since I’d caught up with Starkey and it was a welcome return. It made me laugh out loud and I finished it just a couple of sittings. If you haven’t read any Bateman’s books, I highly recommend you do! 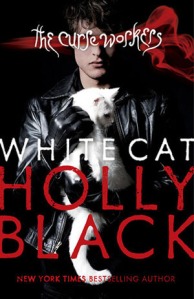 Cassel comes from a family of curse workers: people who have the power to change your emotions, your memories, your luck, by the slightest touch of their hands. And since curse work is illegal, they’re all criminals. Many become mobsters and con artists. But not Cassel. He hasn’t got magic, so he’s an outsider; the straight kid in a crooked family. You just have to ignore one small detail – he killed his best friend, Lila, three years ago.

Cassel has carefully built up a facade of normalcy, blending into the crowd. But his facade starts to crumble when he finds himself sleepwalking, propelled into the night by terrifying dreams about a white cat that wants to tell him something. He’s noticing other disturbing things, too, including the strange behavior of his two brothers. They are keeping secrets from him. As Cassel begins to suspect he’s part of a huge con game, he must unravel his past and his memories. To find out the truth, Cassel will have to outcon the conmen.

I love Holly Black’s writing, and her imagination. White Cat was no exception. I’ve wanted to read it for years and it was totally worth the wait. Cassel was an interesting protagonist, with a complicated family and I was rooting for him the whole way through. I definitely want to read the next book in the series ASAP.

Some curses grow stronger with time…
People say that all Cornish inns are haunted, but the Waterwitch’s history is particularly chilling. Built from the salvaged timber of a cursed ship, the guest house’s dark secrets go further back than anyone can remember.
Emma is permanently confined to a wheelchair after an accident at the Waterwitch which took place when she was ten. Seven years later, she decides to return to the place where the awful event occurred. But the ancient inn still has its ghosts, and one particular spirit is more vengeful than ever…

A chilling new title in the Red Eye horror series from the author of Frozen Charlotte.

I’m loving this Red Eye series of books which is a YA Horror imprint. I don’t think there’s enough YA Horror out there. The Haunting was a fun, quick read incorporated lots of old Cornish myths and ghost stories which I thought set it apart from other ghost stories I’ve read. It was quite clichéd in places but it didn’t dampen my enjoyment of it. It’s a very traditional horror but the unique characters, especially protagonist Emma who is a wheelchair user, made it more interesting and diverse. A great read. 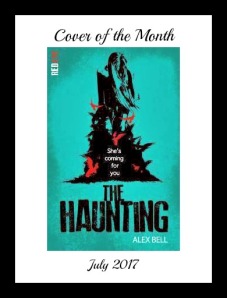 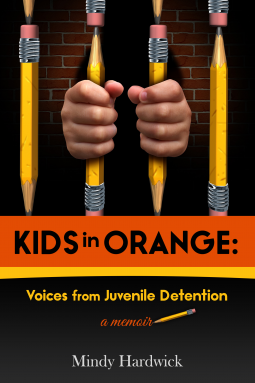 Well, that’s a wrap on July, folks! How did you get on?